The Vail Golf Club is now closed for the 2020 season. We look forward to seeing you out on the Nordic track this winter!

Plain, a longtime resident of the Vail Valley, previously worked at the Vail Golf Club in the early 1990s and returned to Vail in 2007 after working at Eagle Ranch Golf Club. Alice started an adaptive lesson program in 2014 for children and adults with a variety of challenges as well as individuals struggling with neurological diseases, including Multiple Sclerosis.  Plain was recently selected to participate in the PGA National "LEAD" program for Diversity and Inclusion. Plain is passionate about junior golf programs and aims to bring young people to the Vail Golf Club through the First Tee Golf Program. Plain has extensive experience in the golf industry. In 2014, she was awarded the "Golf Professional of the Year" by the West Chapter of the Colorado PGA. In 2015, 2016, and 2017, Plain was awarded the "Horton Smith Award" by the Colorado PGA West Chapter. She played collegiate golf at Oklahoma State University and spent two years as a professional on the Future's Golf Tour. She is an avid cyclist, hockey player and skier.

Nathan went to school at Campbell University in North Carolina where he studied business and golf management. In 2013, he graduated with his Masters in Business Administration and his Class-A PGA status, and he decided to move to the Vail Valley to work at the Vail Golf Club. When Nathan isn't teaching golf, he loves to explore the mountains via backpacking, mountain biking and downhill skiing.

A resident of the valley since 1991, Scott Todd joined the Vail Golf Club as the new Golf Course Superintendent in October 2011. Scott is focused on providing the best playing conditions possible at the Vail Golf Club while carrying on the traditions in environmental stewardship that the club has fostered over its long history. Prior to joining the Vail Recreation District, Scott held superintendent positions with the Club at Cordillera in Edwards, Colorado from 1993-2010. Scott also spent two golf seasons at the Sonnenalp Golf Club in Edwards. In 1992, he joined the maintenance staff for seven months at Augusta National Golf Club in Augusta, Georgia, where he participated in preparations leading up to the 1993 Masters Tournament. He holds a degree in Landscape Horticulture from Colorado State University, and enjoys the many summer and winter activities the valley has to offer with his wife and two children.

Gompf joined the Vail Golf Club in 2007 and takes great pride in helping to maintain and improve Vail's course conditions. Prior to Vail, Gompf spent five years at The Piqua Country Club in Ohio where he assisted in maintaining the Donald Ross-designed course.

Email: This email address is being protected from spambots. You need JavaScript enabled to view it. 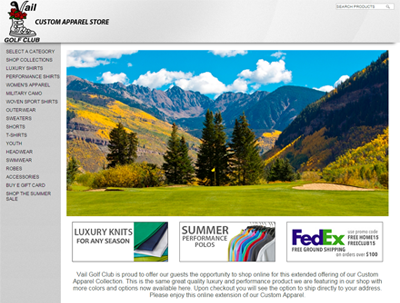